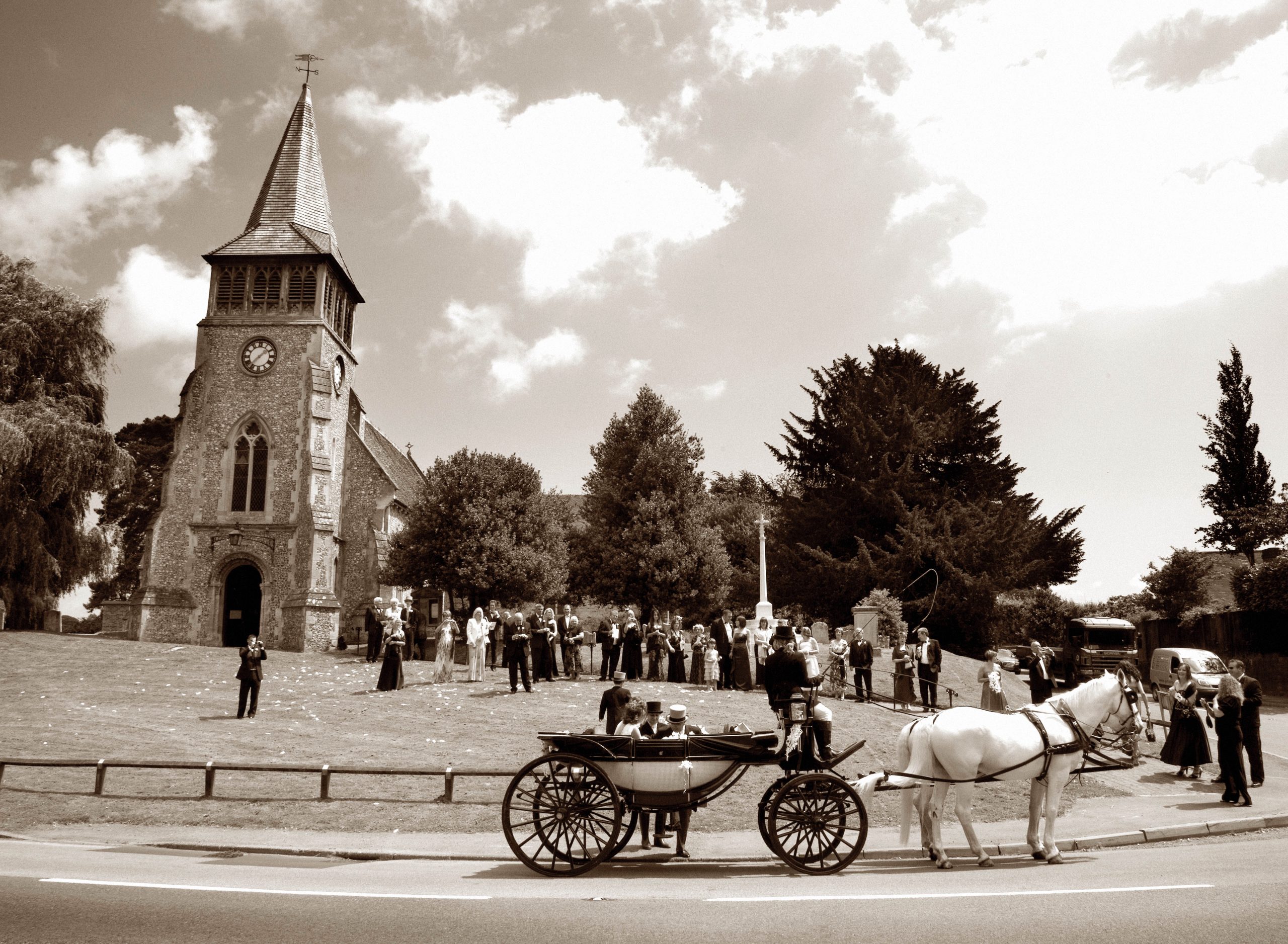 The Wickham village church of St Nicholas dates from 1120

During 2020 St Nicholas Church is celebrating its 900 year anniversary with series of events.

The Wickham village church of St Nicholas dates from 1120, and was then run by the Canons of Titchfield.

This delightful brick and flint church is said to stand on the site of an earlier chapel, and sits on a very large, almost circular, sacred mound.  The church has been extended several times and underwent signification restoration in the late 19th century – so although the interior is largely Victorian, there is a distinctive array of bygone features.  These include the Norman west door with its unusual zig zag arch, stained glass windows and the impressively detailed alabaster and marble tomb of Sir William Uvedale and his wife that dates from 1615.

For further information about the church’s history visit

In 2008, Rob and Tracey Terry, the now owners of Quob Park, were married in St Nicholas church in Wickham and have maintained close links to this church ever since.

Read Next
1086 – Quob Park and Wickham in The Doomsday Book